Cloudmacs: Emacs in your web browser [see within blog graph]

TLDR: I'm running my spacemacs as a web service on my VPS, check it out too. 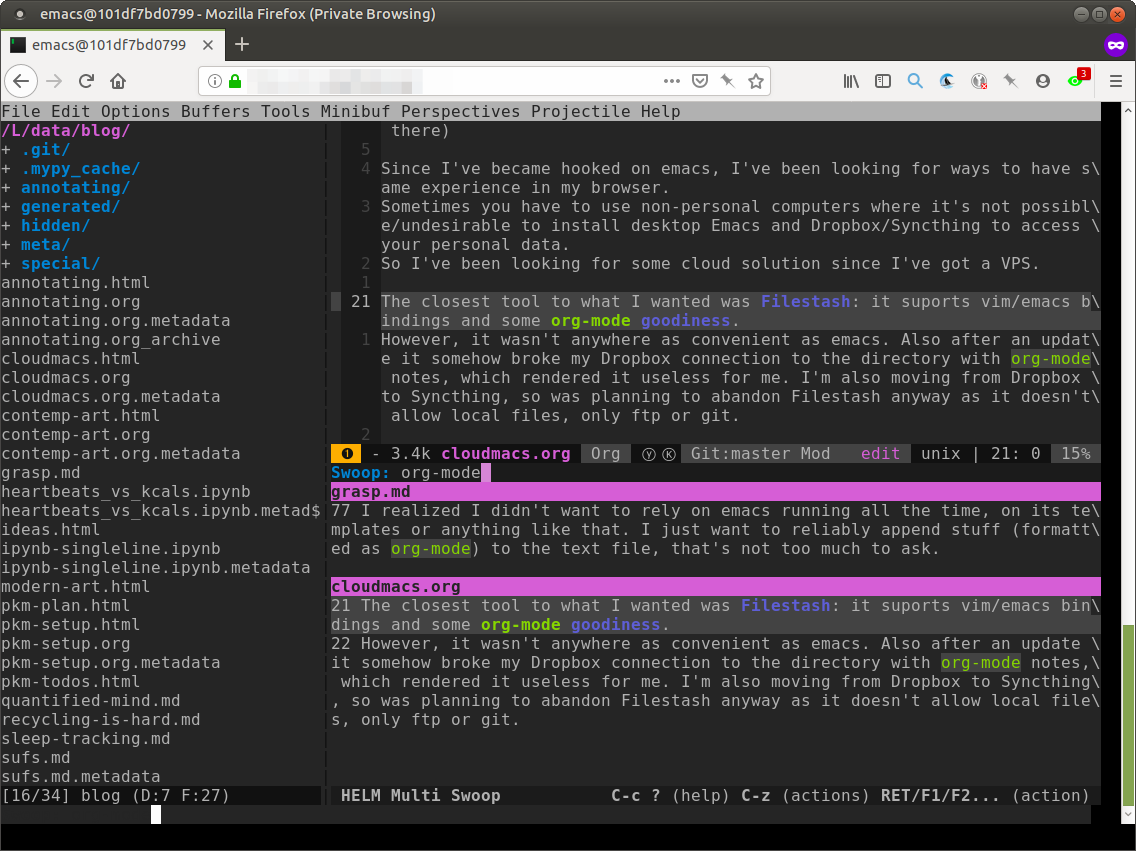 Since I've became hooked on emacs, I've been looking for ways to have same experience in my browser. Sometimes you have to use non-personal computers where it's not possible/undesirable to install desktop Emacs and Dropbox/Syncthing to access your personal data. So I've been looking for some cloud solution since I've got a VPS.

The closest tool to what I wanted was Filestash: it supports vim/emacs bindings and some org-mode goodies. However, it wasn't anywhere as convenient as Emacs. I'm also moving from Dropbox to Syncthing, so was planning to abandon Filestash anyway as it doesn't allow local files, only ftp or git. (UPD: author mentions some planned support for Syncthing)

Dropbox is not capable of previewing arbitrary text files let alone edit; and even if it could you obviously wouldn't get anything close to your usual emacs workflow.

And you could imagine that while Emacs/Vim style editing is fairly application agnostic, it's a thankless job to rewrite/port all the amazing emacs packages and features I'm used to like neotree, helm, refile, swoop, agenda, projectile, org-drill etc.

So I figured the only thing that would keep me happy is to run emacs itself over the web! Thankfully, due to its TUI interface that works surprisingly well.

It works really well with spacemacs/evil style SPC and comma bindings because they for the most part don't overlap with OS/browser hotkeys.

Also it's the first time I properly used Docker apart from running other people's containers so here are few non-obvious things I learnt which you might find useful: