Quantified Mind is a website which provides a handful of cognitive tests. It lets you choose a bunch of tests and you can run them whenever you wish, adding quantitative variables you are measuring alongside (e.g. hours of sleep, or cups of coffee you drank) or just arbitrary notes. Here is how it looks like.

Why is it interesting? If you are like me and don’t feel any obvious/significant subjective effects of conventional stimulants, sleep or exercise, it would be great to have some objective measure in case the effects are subtle but present. For you it could be saving half an hour of sleep per night by using melatonin, or realizing coffee doesn’t have effect on your cognitive performance, or something else.

That sounded pretty interesting to me, and I started taking some tests (simple reaction time, visual matching, sorting and 1-back). However, given that effects are subtle in the first place, I wasn’t expecting to get any insights by gazing at collected data, so I needed to make sure I can export my experiments to run some sort of regression on them later.

To my disappointment, when I ran thirty or something sessions and exported the CSV, it didn’t have error rate/reaction time, but you are only getting some magical ‘score’. It was unclear what it meant from the FAQ so I emailed the authors and got a response:

“Formulas aren’t available” was quite unsatisfactory to me. What are they actually measuring? So before carrying on and collecting more data I tried to reverse engineer the model.

The idea was simple: choose couple of tests that are easy to automate via Selenium Webdriver. Automation was necessary to collect lots of data corresponding to different input performance characteristics.

Thankfully, the website is not using flash and is not heavy on obfuscation, so interacting with elements via javascript was fairly easy.

If you wanna experiment by yourself, here’s the repository and if you don’t feel like running the scripts for a day to collect data, I also uploaded it to releases.

Here is the demo of my script that extracted scores from the tests:

Here is what I got after the simulations (clicking highly recommended): 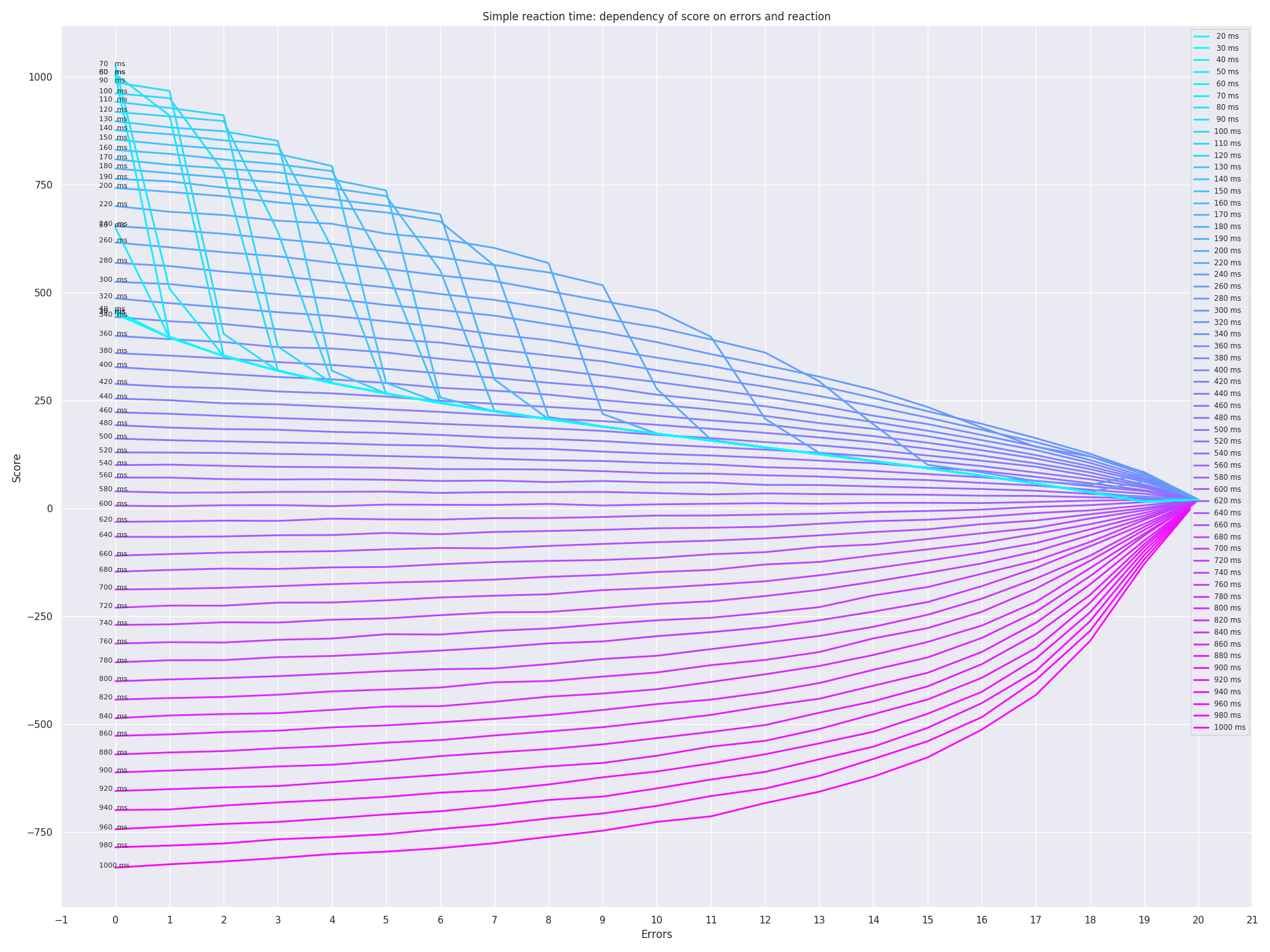 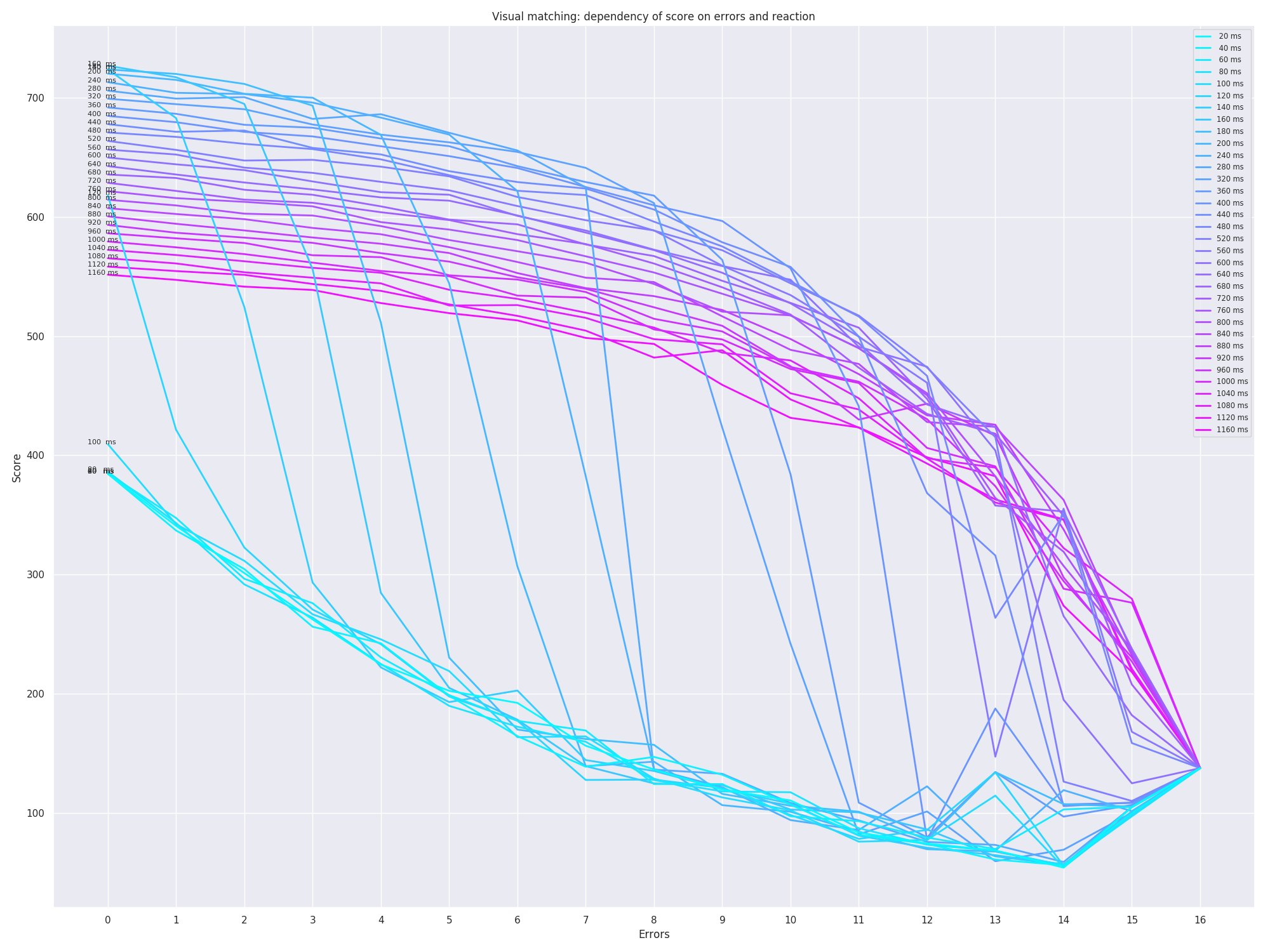 I can’t see how is that score meaningful and I’m glad I didn’t spend more time doing these tests. Perhaps one is better off measuring reaction time directly instead of some mystical ‘score’.

Could be interesting to do similar reverse engineering on other cognitive testing platforms.